Bablu Pashi from Alahabad, 25-year old, India is the man with the 44 lb (20kg) arm. This condition is a result of the disease known as gigantism which causes abnormal growth of body tissues. This disease affects his right arm.

He complains of his inability to wash his clothes because of the pain he feels whenever he tries to do so. He says his arm continued to enlarge all the years he grew up. Bablu has two siblings, a boy and a girl. Unfortunately, his mother passed on when he was still young, leaving him with his father who now lives in the village with his only sister.

Bablu is making efforts to quit begging by looking for a job. He says he has been turned down many times by the people he has met for help. As a result of this challenge, he now uses his left hand for most functions. According to his doctor, the anomaly can be fixed if he undergoes a plastic surgery. He is calling for alms from well wishers and the government. 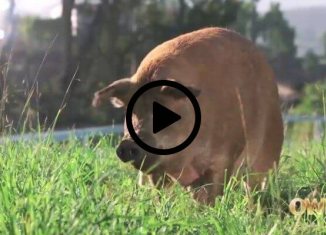